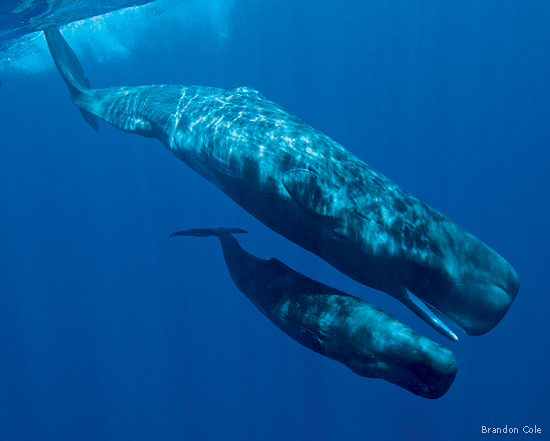 One of the things I appreciate most about my career as a mechanical engineer is the diversity of applications and applied technology I have had the privilege of developing and supporting.  At the top of the list is one of the more formative and unusual applications of my design skills, that of supporting the behavioral research of Sperm Whales in the Indian Ocean.

Following college I was offered an opportunity to be part of a team researching the behavior of the sperm whale in the wild.  Think Moby Dick, but hunting with cameras and recording equipment, not harpoons.  The adventure is chronicled in National Geographic, and by the principal investigator, Hal Whitehead, in his book Voyage to the Whales.

But here, I want to tell you about how the experience informed my design sense, and gave me the opportunity to contribute to the success of the research.

I was invited to be part of the team mostly because of my availability and skills on board a sailboat, where I had spent most of my years racing small boats and large, coastally and at sea.  But I was also a recent engineering graduate, so what green skills I left college with came in handy at keeping the 35 foot boat operating.  Five of us lived aboard this sailboat, finding and following elusive sperm whales off the coast of Sri Lanka for two weeks at a time, living in close quarters and doing whatever we could to stay with specific groups of whales 24/7.  The type of behavioral research being conducted was new for sperm whales, to that time poorly understood except for their migrating habits by 19th century whalers.  Our tools were cameras and acoustic recording equipment, our goal to better understand social structure and habits underwater where they would regularly dive to depths of    1,000 ft. feeding on giant squid with their large teeth.

One of the challenges of tracking these beasts to their depth, often for 45 minutes before they surfaced for air, was staying with them.  Once submerged, what direction did they go?  What was the profile of their dive?  How were they communicating with their fellow leviathans during their deep sea explorations, and how were they finding their prey in the absolute darkness found at those depths?  One tool we adapted was an acoustic depth sounder, common on ships to measure water depth, but we used it to monitor direction of the whale with crude acoustic imaging.  Acoustic transducers send out a ping, and return that  ping to the extent that it is reflected back by any surface it hits.  The acoustic characteristics of any ceramic transducer have sets of lobes of they emit their energy, and are similarly sensitive to reception.  If we were close to a whale at the surface and it sounded (dove) we had a hope of monitoring its position by keeping the whale within those lobes.  This required clever maneuvering, and also a precise ability to gauge direction, something the omni-directional sound signature of the transducer did not allow.

By mounting the transducer at an angle of 30 degrees on a staff, I was able to resolve direction, as well as distance of the whale.  If we could follow the whale with this technique, we could map the trail of his travels, and give ourselves directional feedback so that we could maneuver the boat in the direction that the whale was traveling, while concurrently monitoring the whales’ s vocalizations using other accosting monitoring equipment tailored to the frequency of their vocalizations. 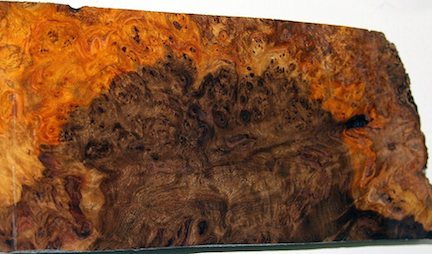 a slab of ironwood

Designing the crude directional monitoring device required that I build a steerable staff that held the transducer while submerged, and that we could rotate to adjust direction.  But the tools and materials available to us ashore were limited to say the least.  The ports we returned to every two weeks to provision were isolated and primitive.  No McMaster Carr or machine shop down the street.  This was pre-telecom Third World.  My resource was a carpenter in town, my material; ironwood. What I would normally machine out of aluminum bar stock, or weld from angle, we needed to assemble with this impressive wood.  The properties of ironwood are unique.  It is more dense than water, and has a grain so tight it is barely visible.  Cutting it with crude hand tools is nearly impossible, and drilling or tapping holes will wear out a bit or tap as though it were hardened steel.

I had no choice but to describe the design to this little carpenter and ask if he could build the parts.  Through sketches and no shortage of hand waiving and head wobbles he told me to come back in two days.  Upon my return he had the heavy blocks of material cut square, drilled, tapped, polished, and ready to install aboard our boat.  Giving him a couple of more days and he also produced a three drawer tool box with locking lid, assembled with full hand-cut dovetail joints from a hard wood similar to maple.  The result was a gorgeous piece of work weighing about 6 lbs empty that we hated to put wrenches and screwdrivers in it was so beautiful.

Returning to the Indian Ocean for our next stint with the whales, which ended up being a 200 mile journey to the Maldives, the new contraption, mounted with transducer over the back of the boat, tested well and provided a whole new picture of communication and habits that had never been observed of sperm whales in the wild.  I couldn’t have been prouder, as it was one of my first real world applications of my newly minted engineering degree.  But more enduring was the education the experience provided;  the resourcefulness and determination with which the carpenter practiced his craft, my exposure to a novel material and process, and how we produced a working device we never thought possible with resources we would never consider sufficient.

Throughout my career, it is these sorts of experiences that have satisfied my curiosity in all manner of problem solving, reinforced my respect for other trades people, and broadened my human experience.